skip to main | skip to sidebar

Believer, Your Children are the Lord's, Raise Them as Such

"And you took your sons and your daughters, whom you had borne to me, and these you sacrificed to them to be devoured. Were your whorings so small a matter that you slaughtered my children and delivered them up as an offering by fire to them?" (Ezekiel 16:21-22) 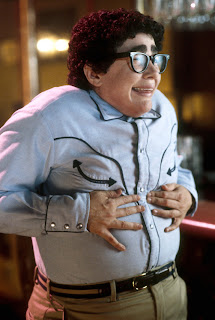 One of the most beautiful truths in scripture is the reality that the children of God's covenant people are in fact God's children. This is the basis of the multiple promises in scripture which the Lord makes about faithfulness to generations not yet in existence, even a thousand generations. Peter the apostle at Pentecost declared that the new covenant like all of God's covenants was for you and your children and all who are far off. In short, the children of believing parents are not is some sort of limbo, or in an ambiguous covenant position which can be likened to the Saturday Night Live's character "Pat" where no one was ever sure what to make of him/her. Rather than having an androgynous covenant status, the children of believer's are declared to be God's.

This Divine ownership of our children obviously has sacramental implications, but leaving that aside the passage I referenced above has to do with an unfaithful Israel failing to bring their children up in the Lord. At the time of Ezekiel's prophetic ministry judgement was falling on Judah for their unfaithfulness to God. Particularly, in chapter 16 God highlights their pagan parenting as one of the charges against the people meriting judgement. Judah and Israel were taking children who belonged to God by virtue of the covenant and raising them to be idolators, even to the point possibly of sacrificing them to pagan gods.

We can learn from this that raising our children up in the context of faithfulness is one of the greatest blessings we can bestow upon them as well as the form of obedience all Christian parents are called, this is because the children we have are essentially talents God has given us on loan to be good stewards of. This means their education must be distinctively Christian as well as their speech, manners, dress, play and entertainment, Christianity is for the whole man and all of life.

How different parents apply attempting to faithfully raise their children in these areas will differ, but the point should be clear that we all should be seeking to apply the gospel every area of our children's lives. That is after all what is means to say "As for me and my house, we will serve the Lord". That is not just a verse worthy of an aesthetically pleasing doormat or wall hanging, rather it is a call to multi-generational covenant faithfulness, brothers and sisters may we labor for such a legacy lest Ezekiel's outcryings against unfaithful Judah equally fall upon us.
Posted by R.S. Ladwig at Tuesday, September 20, 2011 No comments:

R.S. Ladwig
A humble father of 4 children seeking the glory of God in all things.

"We are called to see that the Church does not adapt its thinking to the horizons that modernity prescribes for it but rather that it brings to those horizons the powerful antidote of God's truth. It is not the Word of God but rather modernity that stands in need of being demythologised." -David F. Wells

Blogs I Linger At 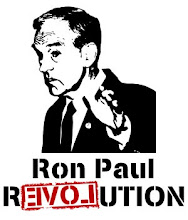